Came to Longyearbyen in the afternoon, and everyone hands on sorting the gear and food out. The flight to the Borneo station was the next day. Very short time, but we made everything ready for the flight in time. Everything was organized by my good expedition colleague David Hempleman-Adams and his company Cold Climate Expedition. It was strange to leave him in Longyearbyen and go with the team by my self.

Arriving with the jet at Borneo Station.

Suddenly five of us were camping on the Arctic Ocean. Me and four British. The ambition was to walk the last degree, from Borneo, to the Geographical North Pole. But the conditions did not let us go all the way. The time we had, two days with blizzard which put us in the tent. I meant it was to dangerous for the team to move and heavy back-drift kept us away.

On the way North.

The plan was a rendezvous  with an other group David came up with helicopter. Well, we did, and flew the last kilometers up the the Pole. And, everyone was happy. It was a great experience for all, really seeing and feeling the power of the Arctic Ocean when it rumbles and showing off. This was the first time I´ve really have seen that the ice in some ways has become thinner in my 14 years period of time on the Arctic Ocean. More thin ice, less or lower pressure ridges, which also cause more open water. Looking forward to see the changes next time. Or do I?

For two days the group had to stay in the same campspot because of strong wind. 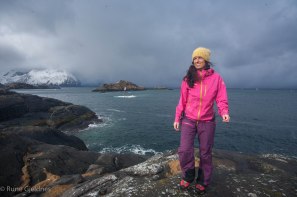 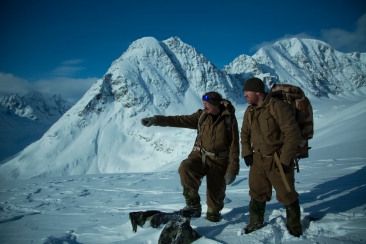 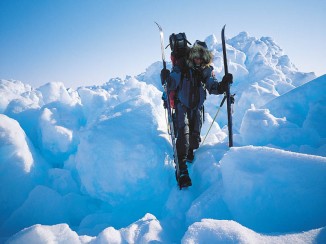